To Mav’s Luka Doncic, the Boston Celtics and their star duo are No. 1 in the NBA

For some people, the debate over which NBA teams or players are the best in a given season is hard to call, but not for Dallas Mavericks star Luka Doncic, who thinks the Boston Celtics the top dogs of the league right now and their star wings Jayson Tatum and Jaylen Brown the primary force behind that early-season success. “They’re probably the No. 1 team in the league, and they probably have the best duo in the league, too,” said the Mavs star to ESPN’s Tim Bontemps.

Regarding Tatum and Brown, Doncic suggested that “they fit together,” noting their synergy got them to the 2022 NBA Finals. “I think those two are really great players.”

The Dallas star takes into consideration that the Celtics are getting things done down a key player as well. “They have one of the best records and they’re missing I think a key guy, (Robert) Williams III,” he noted.

“I am impressed by his game, have always liked his game. So with him being out, and them having this record, that’s why I said that.”

Listen to the “Celtics Lab” podcast on:

What is the ceiling of the Boston Celtics this season?

Key Celtics lineup lands among the most potent in the NBA

Three observations from the Celtics' 121-107 loss to the Bulls

Despite a lack of size in their frontcourt, Boston gets rebounding done by committee 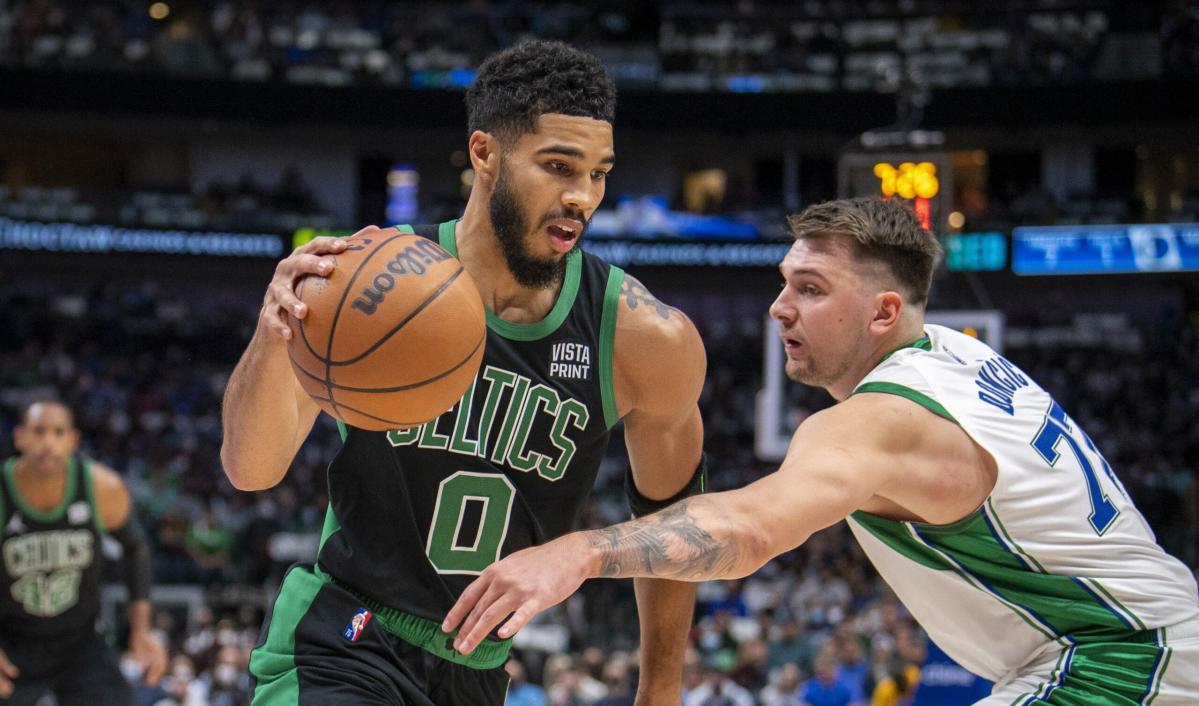