So in honor of the St. Louis Jewish Light’s new Bagel Week celebration, here is our Ultimate Guide to St. Louis Homemade Bagels.

The bagel. Is it simplicity or complexity that has allowed the bagel to endure for centuries and become a staple of Jewish cuisine? Perhaps both.

The bagel traces its history back to 1600s Europe, arriving in the United States along with Eastern European immigrants in the late 19th century. In the 1970s, the Lenders family began marketing their brand of bagels nationwide, but the homemade bagel still had a place in the hearts of millions, especially American Jews.

Locally, Jewish St. Louisans had much to choose from when looking for homemade bagels over the years. Purveyors such as Petrofsky’s Bakery, Marlin Klein’s New York Bagelry in Bridgeton, Leonard, Jesse, and Kenneth’s New York Bagelry in the old Jeffrey Plaza, Basically Bagels in the Central West End and until recently the Bagel Factory in Creve Coeur.

While our bagel history may be bleak, our bagel future remains strong. In 2023 alone, three new bagel shops will be open by summer, adding to an impressive group of bagel makers already with years of experience under their belts.

The team from Union Loafers Cafe is expanding its empire with a new bagel operation in Webster Groves. The much-anticipated opening will be a boon for bagel lovers in southwest St. Louis County.

Traditional water bagels are available for walk-in purchase on Friday as part of their pop-up operation that is run inside Wild Olive Provisions in south St. Louis. Things are fluid here as the team is constantly playing with new ideas and recipes. Pre-ordering through Instagram is recommended.

Breadsmith’s bagels are baked in-house and come with a thin crust, but are very crispy with a great crumb on the inside.

Flavors: Sesame, Poppyseed, and Everything toppings.

Boiled and Baked using the freshest ingredients and locally sourced whenever possible.

These bagels are unique in that they blend the traditional NY attitude with Companion’s knowledge of long-fermented European breads which creates a hybrid bagel that their customers really enjoy.

Don’t let the “deli” in the moniker fool you. Kohn’s is also a full-service bakery that makes fresh bagels daily for use with sandwiches or sold by the half-dozen, dozen or whatever amount you need. Pre-ordering is requested.

Made in the classic New York style, using certified kosher ingredients each bagel is boiled and then baked on traditional burlap-topped wooden bagel boards. Lefty’s is an artisan bagel with a wonderfully soft, ever-so-slightly chewy center, and a deliciously crunchy crust.

The in-store bakery team completes the baking process of parbaked bagels in each store, every morning.

This neighborhood coffee house located in the Tower Grove East neighborhood of South St. Louis has been making fresh bagels since 2019. They describe them as “close” to New York style, but with a twist. They also offer a vegan option as well.

Flavors: Everything, plain, thyme, parmesan, and jalapeño cheddar on the weekends.

Over 20 years, The Daily Bread worked with many recipes and styles in order to perfect their bagel-making skills.  Choose from traditional bagel flavors or try a Power Bagel, a multigrain style bagel made with dry cranberry, sunflower and pumpkin seeds.

Of course, if we missed one, please let us know by sending an email to [email protected] 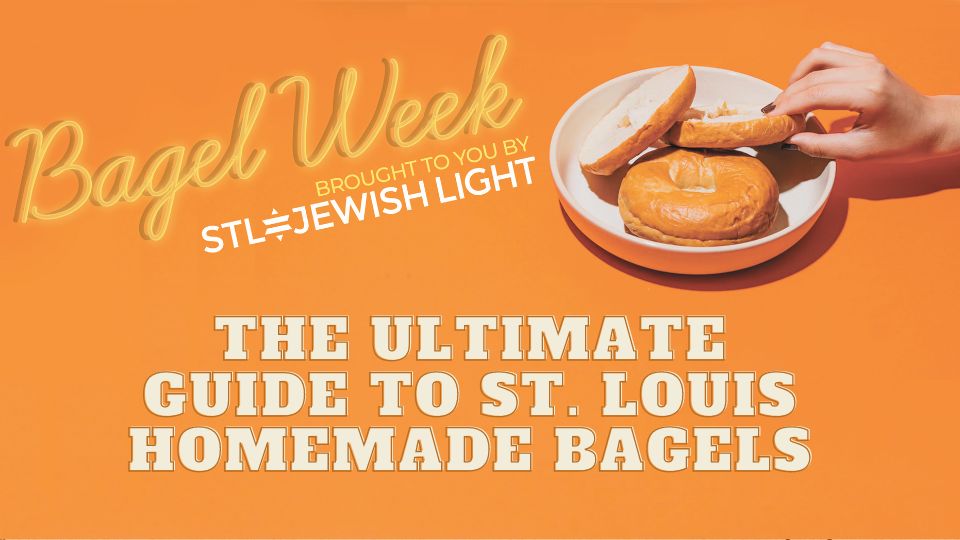 2. A simple bagel recipe with a touch of "oh-so-good" cheese

4. "Bagel Week" is coming, so where does St. Louis rank - Inergency