Wilko Johnson, a giant of British music and a hero to so many for both his music and his extraordinary, stoic recovery from near death a decade ago, died on Monday (23) at the age of 75.

A message on his social media accounts said: “This is the announcement we never wanted to make, & we do so with a very heavy heart: Wilko Johnson has died. He passed away at home on Monday 21st November. Thank you for respecting the family's privacy at this very sad time. RIP Wilko Johnson.”

“One of my all-time Tele[caster] heroes,” posted Blur’s Graham Coxon, while Alex Kapranos of Franz Ferdinand added: “His unique, wired playing style and stage presence thrilled and inspired many guitarists, myself included. When I interviewed him a few years ago, he was bright, thoughtful and an astonishing story teller, carving legend from life. His presence on this planet will be felt for many more years.”

The pub rocker who became a punk hero

Johnson, born on July 12, 1947 in his beloved Essex town of Canvey Island in Essex, was hugely admired for his distinctively physical finger style on the Telecaster. He came to prominence as a member of local rhythm and blues-flavored rockers Dr. Feelgood, but effortlessly conjured an in-your-face demeanour that endeared him to the coming punk generation.

Dr. Feelgood emerged from the thriving pub rock circuit of the 1970s to have significant sales success, topping the UK chart with the live album Stupidity in 1976. “When I first got interested in blues music as a teenager,” he told GQ of their surroundings, “I realised that this dump I lived in was actually quite funky – the Thames Delta.”

He maintained a matter-of-fact selflessness about his impact and image, telling Let It Rock as early as 1975: “These are the clothes I used to be a teacher in. When I joined the band I just ripped the lining out of the jacket to make it cooler...There’s nothing deliberate in wearing them.”

A gifted songwriter, Johnson also wrote the group’s memorable early singles “Roxette,” “She Does It Right,” “Back In The Night,” and “Sneaking Suspicion,” all of which still stand among the best British rock tracks ever made. He left in 1977, replaced by John 'Gypie' Mayo, before their one Top 10 single “Milk and Alcohol.” He formed his own outfits, the Solid Senders and the Wilko Johnson Band, and remained a totem of quirky rock individuality for decades to come.

In January 2013, Johnson was diagnosed with late stage pancreatic cancer, but famously gave an interview about his apparently terminal condition on BBC Radio 4, which was heard by a doctor who offered a second opinion that ultimately led to a more benign diagnosis. Before that, he had announced his farewell tour and what was to be his last album project, the highly successful Going Back Home collaboration with Roger Daltrey.

In 2014, he pronounced himself cancer-free after an 11-hour operation to remove a tumour of 3kg, “the size of a baby,” as he put it with trademark lack of self-importance. He went on to play live for almost another decade, including a London show as recently as last month at Shepherd's Bush Empire.

For the latest music news and exclusive features, check out uDiscover Music. 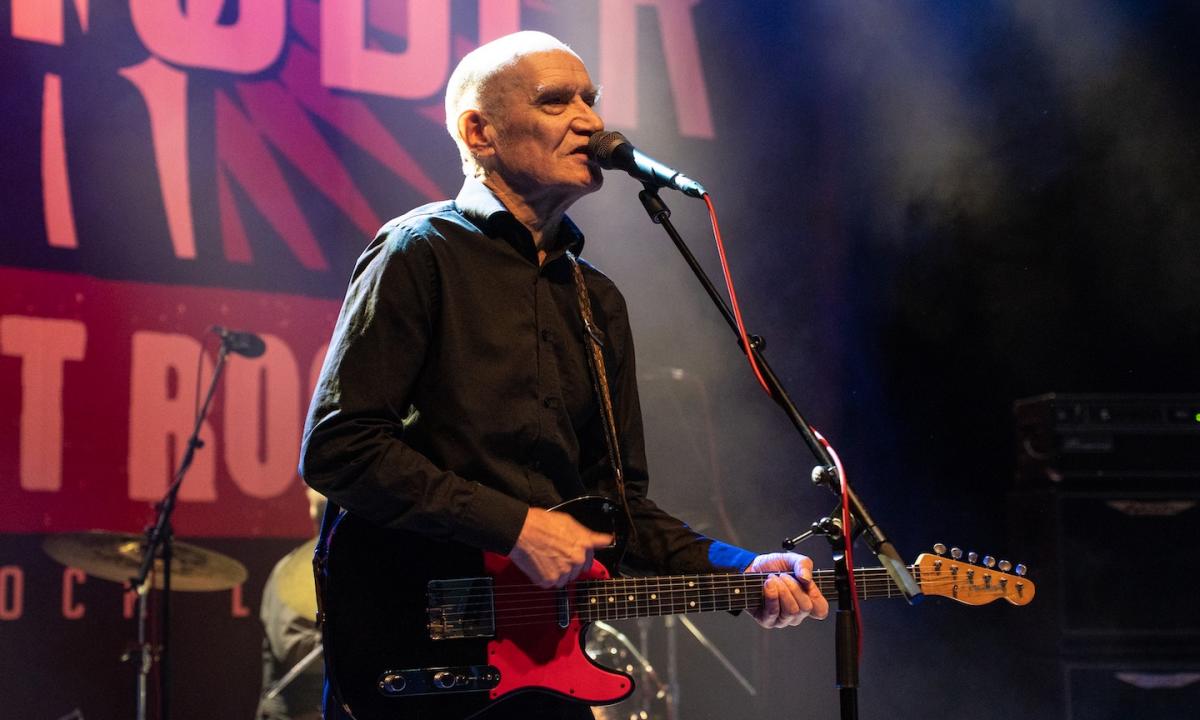