CHICAGO (CBS) -- Bears quarterback Justin Fields has been cleared to practice after suffering an injury to his non-throwing shoulder in Sunday's loss to the Falcons, but no decision has been made yet whether he'll start on Sunday against the Jets.

Fields was carted off the field after Sunday's loss in Atlanta, after suffering a shoulder injury on the first play of their final drive. He ended up taking hits on back-to-back runs, before throwing an interception to seal the game on third down.

The pain was all over Fields' face against the Falcons as he was sacked four times and pressured 10 times.

"The pain right now is pretty bad," Fields said after the game. "But I'll take it day by day and see how it feels again in a week. I don't even know what happened to be honest with you. I think I just landed on it or something like that, so yeah it was just hurting after that."

The Bears medical staff cleared him to return to practice at Halas Hall on Wednesday, but head coach Matt Eberflus said Wednesday's session would only be a walkthrough, and Fields would be considered a limited participant.

Eberflus said Fields remains "day-to-day" due to the injury, and confirmed the quarterback would not need to go on injured reserve.

The Bears head coach did not offer any clarity on the specific injury Fields suffered to his left shoulder, nor whether he would play on Sunday when the Bears host the Jets at Soldier Field.

"We'll assess that as we go through the week. He's feeling pretty good, and we'll see where it goes from there day-to-day," Eberflus said.

While the Jets' defense leads the NFL in quarterback hits with 81, and ranks 4th in the league in sacks with 32, Eberflus said that won't be a factor in deciding whether or not to start Fields.

However, Eberflus acknowledged, if Fields is still limited on Sunday, or it's deemed likely he'd aggravate his injured shoulder by playing, the Bears would not risk getting him hurt even worse.

"If we ever feel that a player is going to go out there and harm himself, obviously we're going to err on the side of caution, for sure," he said. "We're not going to put a guy out there in harm's way, and he doesn't feel good about it, for sure. So we want to do what's best for the organization, but also best for the player."

Meantime, Eberflus announced center Lucas Patrick will miss the rest of the season, after undergoing surgery for his injured toe a couple weeks ago. Patrick left the Bears' Week 7 win over the Patriots and was later placed on injured reserve, which meant he would have to sit for at least four games, and would have been eligible to return this week against the Jets, but Eberflus said he won't be back this year.

Patrick suffered a broken finger during training camp and started off the season as a backup guard, before shifting back to center against the Patriots.

The CBS Chicago team is a group of experienced journalists who bring you the content on CBSChicago.com. 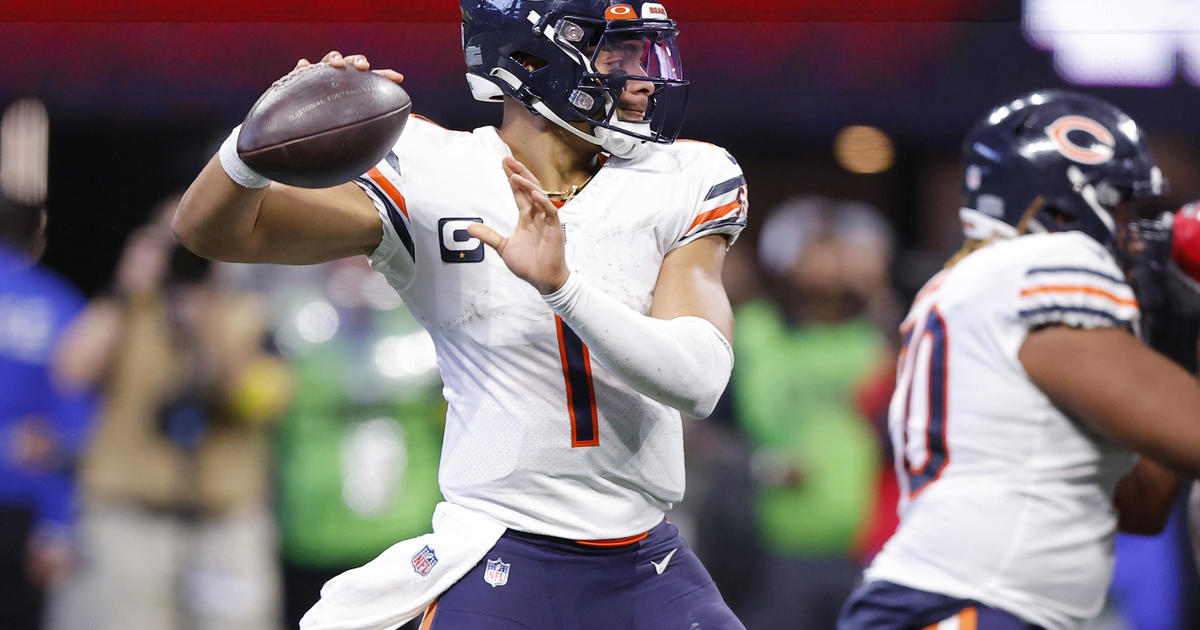 3. Is Justin Fields playing tonight vs. Jets in Week 12? - Sportskeeda