US job market has remaining strong in spite of the fact that jobless benefits claims rose this week by 17K as Labor Department reported Wednesday that 240K people applied for jobless aid last week. On the other hand, Employers added 261,000 jobs last month and are creating an average of nearly 407,000 a month this year. The Associated Press has the story:

The number of Americans applying for unemployment benefits rose the highest level since August but still remains low by historic standards.

The Labor Department reported Wednesday that 240,000 people applied for jobless aid last week, up by 17,000 from the week before. The four-week moving average of claims, which smooths out week-to-week volatility, rose by 5,500 to 226,750.

Applications for unemployment benefits are a proxy for layoffs and the current low levels shows that American workers enjoy extraordinary job security.

But it may not last.

To combat inflation that hit four-decade highs earlier this year, the Federal Reserve has raised its benchmark interest rate six times since March. The housing market has buckled under the strain of mortgage rates that have more than doubled from a year ago. And many economists expect the United States to slip into a recession next year as higher borrowing costs slow economic activity.

But the job market has remained strong. Employers added 261,000 jobs last month and are creating an average of nearly 407,000 a month this year. — on pace to make 2022 the second-best year for hiring (after 2021) in government records going back to 1940. There are nearly two job openings for every unemployed American. The unemployment rate is 3.7%, a couple of ticks above a half-century low.

New weekly applications for unemployment benefits were extremely low early this year — staying below 200,000 for much of February, March and April. They began to tick up in late spring and hit 261,000 in mid-July before trending lower again.

“We expect layoffs to rise as demand softens in response to higher interest rates,” Rubeela Farooqi, chief U.S. economist at High Frequency Economics, said in a research report. “However, the move is likely to be gradual given businesses are still struggling with labor shortages and will be reluctant to cut their workforce.”

The Labor Department said Wednesday that 1.55 million people were receiving jobless aid the week that ended Nov. 12, up by 48,000 from the week before. 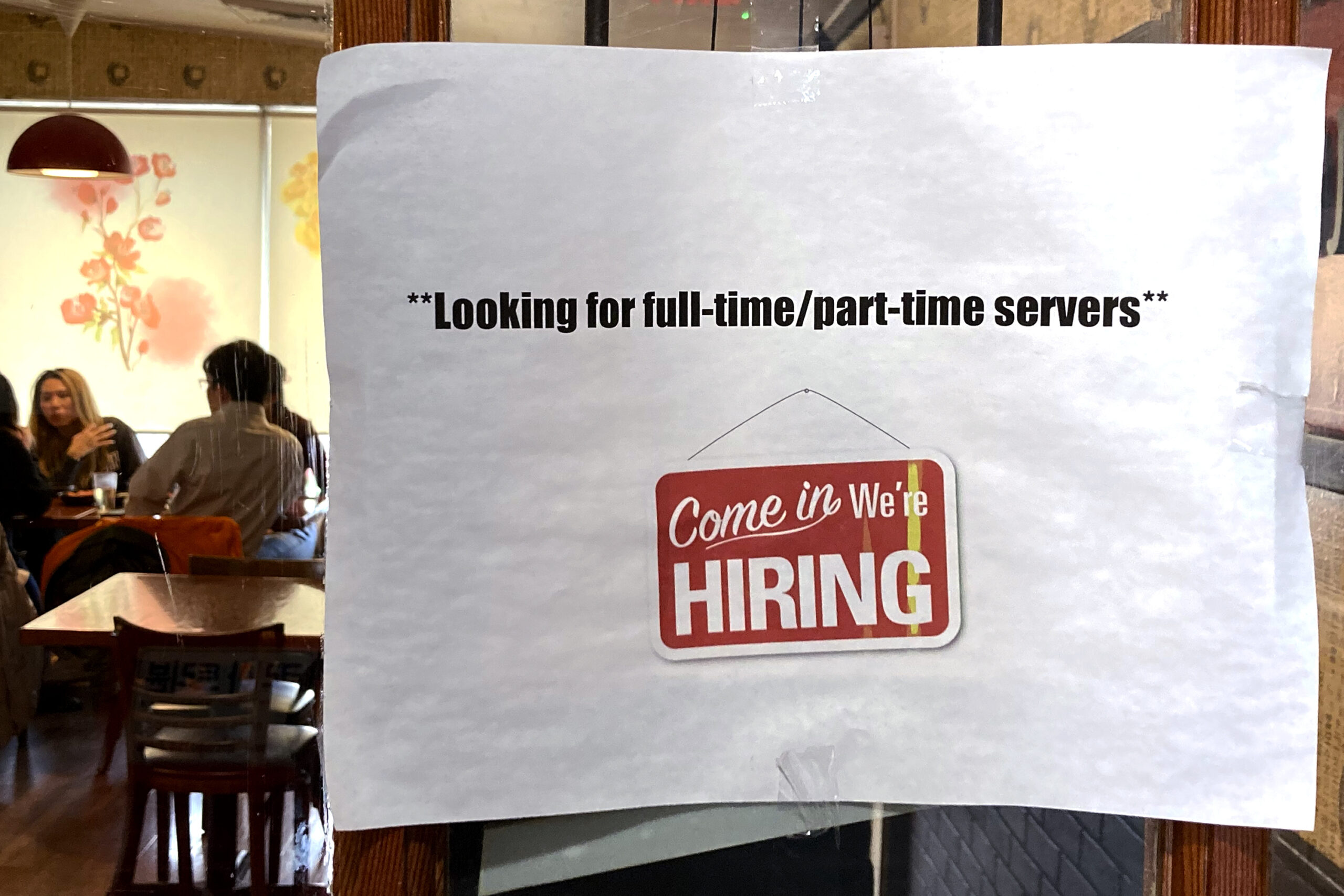 3. U.S. weekly jobless claims falls to its lowest level since 1969