With David Warner breaking the jinx, fans were excited as ever as they shared praiseworthy tweets for the batter.

2022 is the year for redemptions and we have two big examples to prove that. India’s batting stalwart Virat Kohli scored an international century after a long wait of 1021 days and now David Warner ended a 1043-day drought to bring up an international century. The Australian opening batter scored 106 off 102 balls against England in the third and final ODI to bring up his 19th century in the format.

Warner, who looked in great touch in the first ODI as well, capitalized on the momentum and notched up a century. The batter crunched a drive against Olly Stone to break that jinx he has been trapped in for months. Warner hit eight boundaries and two sixes in his inning to show that he was never gone. The southpaw found a really good opening partner in Travis Head who also scored a century (152 off 130).

With a three-figure score finally against his name, the iconic David Warner jump was bound to come and it did at the MCG. The batter roared in delight as he saw the ball going past the mid-off fielder and hitting the boundary cushions. The batter then hugged his partner at the other end and acknowledged the applause from the crowd by raising his bat.

With David Warner breaking the jinx, fans were excited as ever as they shared praiseworthy tweets for the batter.

Check them out her e: 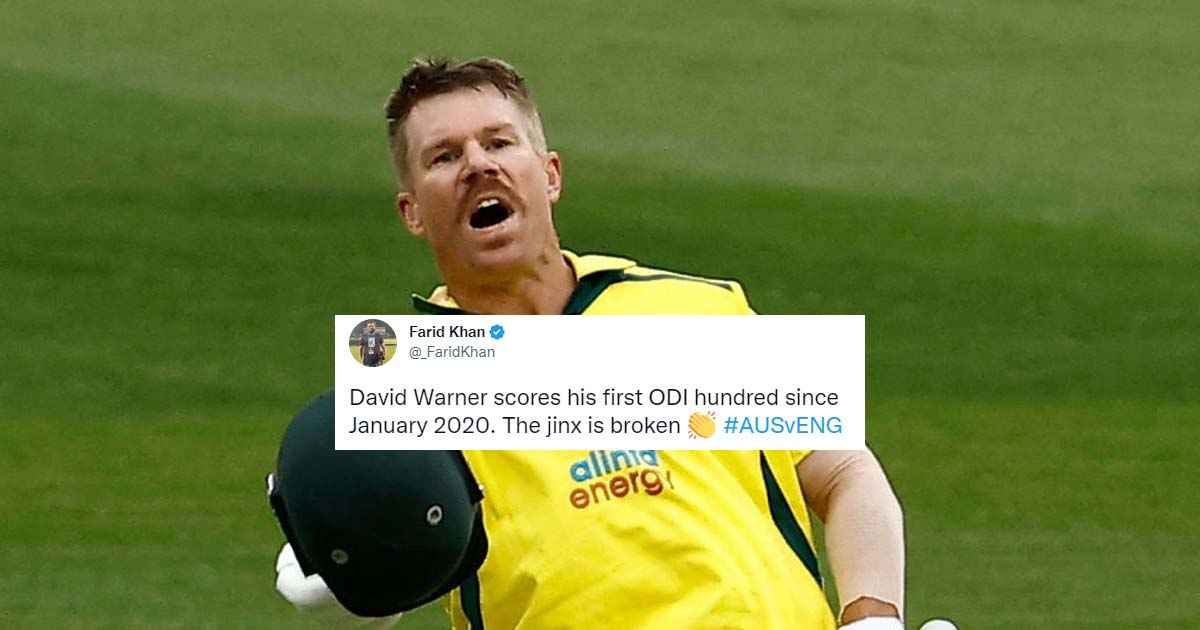 2. 'You have earned the right to fail', says David Warner on Virat Kohli's