The Golden State Warriors are just one game under .500 after a blowout 124-107 victory on their home floor against the Los Angeles Clippers. After resting several starters on their final game of an East Coast road trip, the Warriors returned home and looked like the championship favorite they were expected to be coming into the season. The Clippers entered play just a half game behind the Suns in the standings for the best record in the Western Conference, though they were without Kawhi Leonard and Paul George.

Both teams kept things close in the first quarter. In his first playing time since his explosion against the Rockets, Klay Thompson picked up where he left off with a hot shooting start and racked up 15 points in the first quarter. The Clippers did damage with a more egalitarian scoring approach, but only trailed 32-29 at the end of the quarter.

Steve Kerr added a new wrinkle to the Warriors second-unit on Wednesday, slotting Draymond Green into the mix with Andrew Wiggins, Jordan Poole, Anthony Lamb, and Donte DiVincenzo. The Warriors bench has been abysmal all season on both ends of the floor. Kerr hoped Green’s combination of elite defensive ability alongside his prowess orchestrating an offense could help unlock the second unit.

It worked as intended against the Clippers.

The Warriors actually extended their lead with the Splash Brothers on the bench to start the second quarter. Wiggins scored 13 points in the period while the Clippers were unable to build any offensive rhythm. When Curry returned to the floor, Golden State knocked the doors off the hinges and went into halftime with a 66-47 lead.

The Clippers briefly cut the lead to single digits in the third quarter, but the Warriors went on a 11-4 run to put themselves ahead 98-82 heading into the fourth. It seemed like the game was in the bag, but the Dubs new second unit would have one more chance to prove its worth.

Indeed, Green showed exactly why he was the perfect antidote to the unit’s struggles.

A pair of empty possessions to start the quarter allowed the Clippers to get going in transition. However, Green played great defense on a pair of shots at the rim. What normally has been a 4-0 run against a soft Dubs defense was now just a 0-0 exchange because of Green’s ability to force misses. Then, DiVincenzo knocked in a deep three, Green turned another stop into an easy bucket in transition, and just like that, the Warriors were ahead by 21 points and cruising.

Wiggins put the cherry on top of an excellent overall performance, hitting a pair of dagger threes halfway through the quarter that led both coaches to pull their starters. Wiggins had a game (and season) high 31 points on 12-for-18 shooting from the field. He also had 4 rebounds, 2 assists, 3 steals, and a block with a +28 plus/minus,

Thompson cooled off after his scorching first quarter but still finished with 18 points on 5-for-10 shooting. Curry had 21 points, 6 rebounds, and 9 assists with just 1 turnover. Green added 9 points, 7 boards, 12 assists, 2 steals, and a block.

The Warriors did not have a double-digit scorer off the bench, and Jordan Poole struggled mightily from the field, finishing 3-for-15. However, DiVincenzo probably had his best overall performance of the season.

No Clippers amassed 20 points, but they had six players who finished in double figures. Marcus Morris Sr. led the way with 19, while Norman Powell and Terance Mann tied for second on the team with 17.

Defensively, the Warriors remain more foul prone than Kerr would like. Offensive firepower has covered up those issues in their recent wins, but Golden State still committed 23 fouls against the Clippers while drawing just 11. Granted, those fouls seem to come more from defensive aggressiveness than laziness, something that was less true early in the season.

The Warriors will have one day off before they will try and get back to .500 on Friday when they face the Utah Jazz at 7:00 PM Pacific. 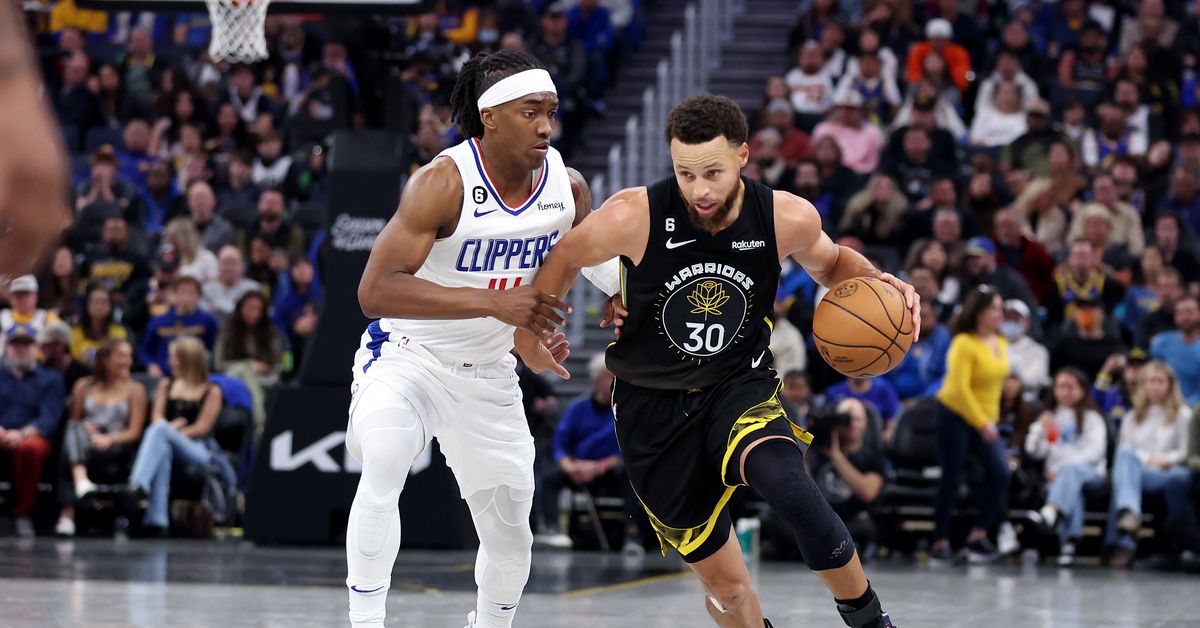 via: Golden State of Mind.

1. Warriors Stars Sounds Off on Draymond Green Amid Turnaround

4. Dave Portnoy Explains Why He Is LeBron James' No. 1 Hater In The

5. Warriors' Draymond Green: Flagrant-2 Ejection vs. Grizzlies Was a