Tehran has complained to the International Court of Justice that a 2016 U.S. Supreme Court ruling giving seized Iranian assets to the relatives of servicemembers killed in a 1983 bombing in Beirut violates international law.

THE HAGUE, Netherlands (CN) — The United States gave opening arguments to the United Nations' top court on Tuesday, claiming Iran’s involvement in terrorist attacks means it has “unclean hands” and asking judges to toss a complaint about $2 billion in confiscated assets.

Tehran filed a complaint with the International Court of Justice in 2016, contending Washington had violated a 1955 bilateral friendship treaty after the U.S. Supreme Court upheld a seizure of billions in assets from Iran’s central bank as compensation for victims killed in a 1983 suicide bombing believed to have been orchestrated by the Iranian regime.

“The case is an attempt by Iran to invoke the now-terminated Treaty of Amity to avoid accountability for its role in acts of terrorism against U.S. citizens,” Richard Visek, legal adviser at the U.S. Department of State, told The Hague-based court in his opening statements.

The attack at the heart of the case involved a pair of suicide truck bombs detonated outside of barracks on a military base in Beirut, Lebanon, more than 40 years ago. The early morning explosions killed 307 people, mostly American and French military personnel serving as part of a peacekeeping mission during the Lebanese civil war.

Relatives filed civil suits against Iran and a U.S. court ultimately decided militant group Hezbollah, backed by the Iranian government, was responsible. The families were awarded billions in compensation and, in the 2016 decision Peterson v. Islamic Republic of Iran, the Supreme Court approved the handover of $1.75 billion in bonds plus accumulated interest held by Iran’s central bank, Bank Markazi, at Citibank in New York.

During its opening arguments on Monday, Tehran denied any involvement in the attack and argued that the Peterson ruling allowed hundreds of people to file claims against Iran as part of a campaign to destabilize the government.

The U.S. contends that Iran’s involvement in terrorism gives it “unclean hands,” and under that legal principle, Tehran should not be allowed to pursue a case before the U.N. court. It is a risky strategy, as the ICJ has never accepted the unclean hands doctrine before.

“The unclean hands principle has not before been adopted by the court. But nor has it been rejected,” Daniel Bethlehem from Twenty Essex Chambers told the 14-judge panel on behalf of the U.S. on Tuesday.

Bethlehem conceded, however, that this argument should only be used in exceptional circumstances and the U.S. wouldn’t use the argument to prevent Iran from defending itself in other proceedings. But, he argued, orchestrating terrorist acts qualified as exceptional.

“If not in this case, in which case?” he asked.

Washington also pushed back against Iranian allegations that the legal proceedings against it in the U.S. were unfair. Lisa Grosh, assistant legal adviser at the U.S. Department of State, described how the Supreme Court justices listened attentively during hearings in the Peterson case and two even wrote dissents in favor of Tehran’s arguments.

“In a case 'fixed' against Iran, none of this would have happened,” Grosh said.

The countries have had no diplomatic relations since 1979, when Iranian students stormed the U.S. embassy in Tehran and took staff hostage. The U.S. terminated the Treaty of Amity in 2018, in direct response to another case filed by Iran over the reinstatement of nuclear sanctions.

After the ICJ ordered the U.S. to lift sanctions on humanitarian goods following an Iranian request for provisional measures, then-Secretary of State Mike Pompeo said the U.S. would terminate its participation in the treaty. The court heard arguments over jurisdiction in the sanctions case in 2020.

While the American and Iranian legal teams were arguing their case in The Hague on Tuesday, the countries' leaders - Presidents Joe Biden and Ebrahim Raisi - were preparing to address the U.N. General Assembly, which is holding its first in-person meeting since the start of the Covid-19 pandemic.

Hearings at the ICJ will continue on Thursday with a response from Iran. 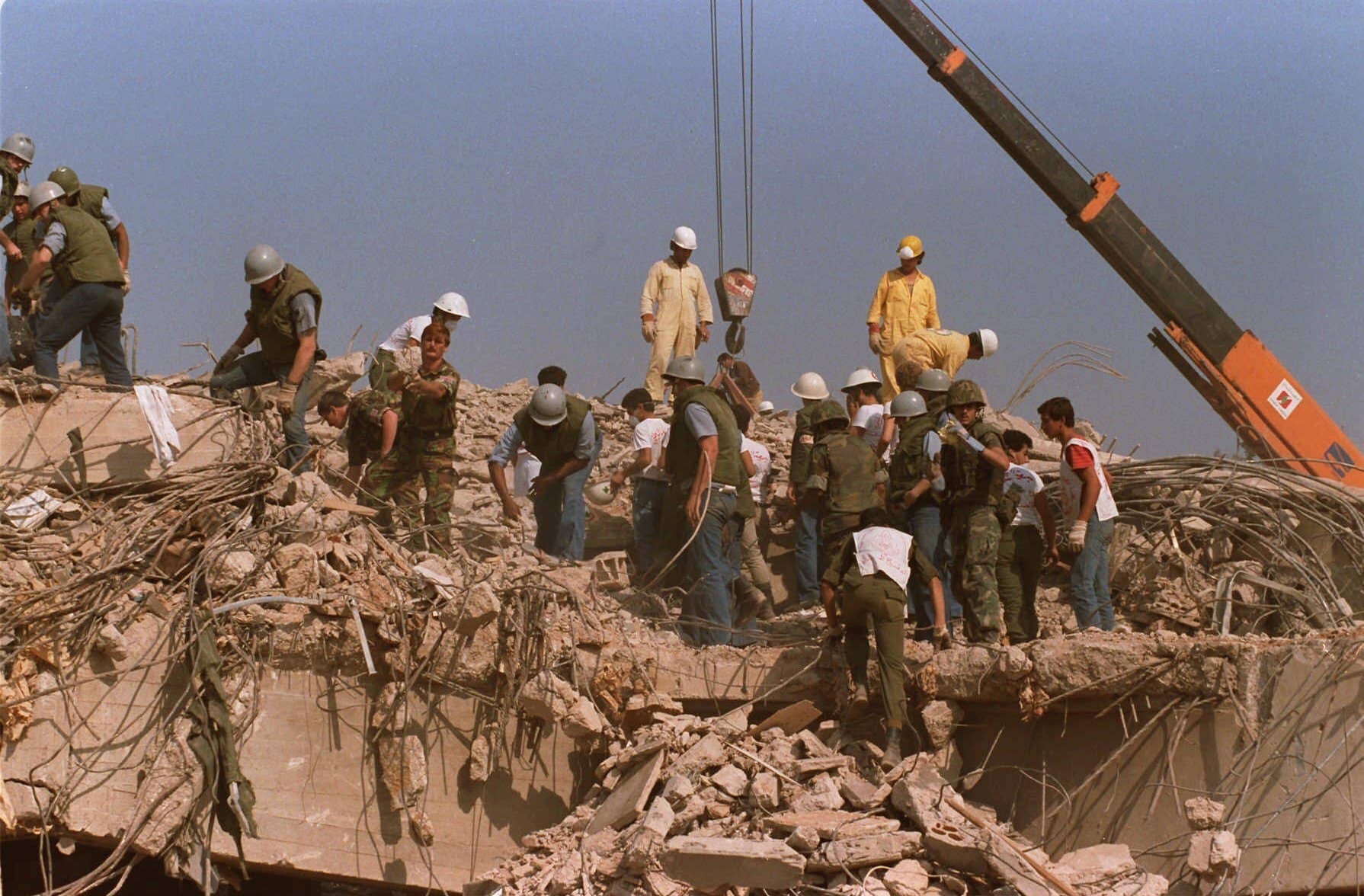 Part 3 of the Terrorism Act 2000 criminalises terrorist financing and makes it an offence to: use, possess, or raise funds for the purposes of terrorism, or enter into arrangements to provide funds or property for that purpose. The Anti-Terrorism Crime and Security Act 2001 allows for the seizure of terrorist cash.

The United States has imposed restrictions on activities with Iran under various legal authorities since 1979, following the seizure of the U.S. Embassy in Tehran.

5. Why the Strait of Hormuz Matters to Iran and the World