“One of the biggest challenges in food safety, just like in human medicine is this emergence of superbugs,”​ according to Denis D’Amico, associate professor of dairy foods in the University of Connecticut’s College of Agriculture, Health and Natural Resources.

He is referring to the concerning emergence of antimicrobial resistance in food borne pathogens. D’Amico and his team have been working on the use of protective bacterial cultures to combat this mounting food safety threat.

In a new publication in Food Microbiology, the UConn researchers looked at the ability of a protective culture called Hafnia alvei B16 to prevent infection by two Salmonella serovars, a grouping within the Salmonella enterica species. The serovars D’Amico studied are common culprits in food-borne illness outbreaks and are resistant to multiple antibiotics.

“These particular strains, as with a lot of Salmonella, have developed resistance to most of the antibiotics we use in food production and human medicine, so we wanted to focus on them as a target,​” D’Amico said, noting that multi-drug antibiotic resistance was identified in the Salmonella serovars in the mid-1990s.

The latest publication builds on D’Amico’s ongoing work studying the use of protective bacterial cultures to control the growth of pathogens in food products and impede their ability to cause sickness.

Protective cultures work by eliciting a kind of ‘fight or flight’ response from the harmful pathogenic bacterium, the researchers explained. When bacteria come into contact with other, similar, bacteria they produce antimicrobial metabolites. When the pathogenic bacteria detects the protective cultures and their metabolites, it can turn its focus to expressing genes important to surviving the competitor -- turning off many of the nonessential functions that allow it to cause illness, such as those needed to attach to and invade human intestinal cells.

D’Amico’s lab previously identified Hafnia alvei B16 as effective in inhibiting the growth of both E. coli and Salmonella in milk. Hafnia alvei also effectively stopped the growth of another pathogen, Staphylococcus aureus, and prevented it from producing toxins – critical steps in the bacterium’s ability to cause illness.

“What we learned from our previous work is that not only can these protective cultures stop the growth of pathogens in different situations, in our case it was in milk and dairy products, but they also had these impacts on the virulence of those pathogens when they were able to grow,”​ D’Amico said.

Most cultures produce antimicrobial metabolites that stop the growth of competing bacteria. But when Hafnia alvei’s metabolites were added to a pathogenic culture, it didn’t stop their growth as expected.

However, when the entire Hafnia alvei bacterium was in the presence of E. coli or Salmonella, it did. This suggested it was inhibiting the pathogen’s growth through some other mechanism, the research team concluded.

D’Amico’s lab found that growth in the presence of Hafnia alvei decreased the expression of virulence genes in Salmonella and reduced the pathogen’s ability to subsequently invade human intestinal cells by nearly 90%. They also found that when Hafnia alvei attaches to intestinal cells, it doesn’t stop Salmonella from adhering to the cells but protects them from invasion.

“Because the Salmonella could still adhere to, but not invade intestinal cells, this culture could potentially have stimulated those cells to protect themselves against the invading pathogen, so that could be another mechanism by which these protective cultures exert an effect,”​ observed D’Amico.

D’Amico’s study did find differences in gene expression and how the two serovars, S. Typhimurium and S. Newport, responded to the protective culture in milk. For example, coculture with Hafnia alvei in milk prevented S. Typhimurium from adhering to intestinal cells but not the Newport serovar.

“We did find some difference between the two serovars, so it does look like these effects are not necessarily universal across Salmonella,” ​D’Amico said. “Even though they’re very similar, they do differ ever so slightly. And some of those differences may have an impact on the ability of this culture and other cultures to have an effect more globally.”​ 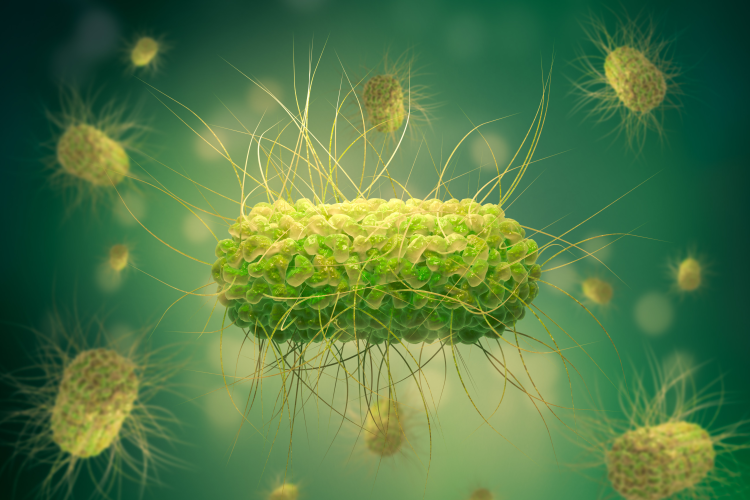 Amoxicillin is used to treat a variety of bacterial conditions. Its effectiveness against multiple strains of bacteria explains why physicians consider it a strong antibiotic.

These shortages are due to manufacturing issues at a major supplier leading to unexpected increases in demand for alternative suppliers. Amoxicillin is a widely used antibiotic used to treat many different bacterial infections.

2. Antibiotic-Resistant Salmonella in the Food Supply and the Potential

3. The microbial safety of fish and fish products: Recent advances in

5. Antimicrobial resistance: a major issue for animals and humans