Alan Eugene Miller was set to be executed Thursday night by the state of Alabama for his August 5, 1999 shooting spree that left three men dead in Shelby County. But it was called off minutes before midnight, when the state’s death warrant was set to expire.

Miller, 57, was returned to his death row cell.

“Due to the time constraints resulting in the lateness of the court proceedings, the execution was called off once it was determined the condemned’s veins could not be accessed in accordance with our protocol before the expiration of the death warrant,” Hamm said.

The U.S. Supreme Court issued a ruling just after 9 p.m., giving the state nearly three hours to conduct the execution before the death warrant expired.

Hamm said the execution team did start trying to access Miller’s veins to insert the intravenous lines for the three-drug lethal injection cocktail, but he isn’t sure how long the team worked to try to access a vein. “I’m not sure... I wasn’t looking at that. We were more focused on the time that the court, the Supreme Court, sent their order. Before we start accessing veins, we have other things we have to do that take time.”

When pressed what was being done during that nearly three-hour period, Hamm would not elaborate. “Like I said, there are several things that we have to do before we even start accessing the veins. And that was taking a little bit longer than we anticipated.”

Ivey released a statement shortly after the cancellation was announced.

“In Alabama, we are committed to law and order and upholding justice. Despite the circumstances that led to the cancellation of this execution, nothing will change the fact that a jury heard the evidence of this case and made a decision,” the governor said. “It does not change the fact that Mr. Miller never disputed his crimes. And it does not change the fact that three families still grieve. We all know full well that Michael Holdbrooks, Terry Lee Jarvis and Christopher Scott Yancey did not choose to die by bullets to the chest. Tonight, my prayers are with the victims’ families and loved ones as they are forced to continue reliving the pain of their loss.”

Hamm visited with the victims’ families prior to announcing the cancellation and relayed the governor’s prayers and concerns. A spokesperson said Ivey “anticipates that the execution will be reset at the earliest opportunity.”

An ADOC spokesperson said representatives from victims’ families were present in Atmore tonight, but they requested anonymity.

Miller was sent to Alabama Death Row after he was convicted of shooting the three men at his current and former places of work in 1999 - Holdbrooks, 32; Yancy, 28; and Jarvis, 39. Holdbrooks and Yancy were employees of Ferguson Enterprises, while Jarvis worked for Post Airgas in Pelham.

The execution that didn’t happen

Reporters were taken from a media center to William C. Holman Correctional Facility to witness the execution at 10:34 p.m., but were returned to the media center shortly before midnight.

The failed execution comes after weeks of legal wrangling, most recently in a flurry of filings on Thursday when the Alabama Attorney General’s Office asked the U.S. Supreme Court to overturn a lower court judge’s ruling that effectively stayed the execution.

Miller’s legal battles centered around his claims that in June 2018, he completed a form distributed to death row inmates at Holman electing to die by the state’s newly approved method of execution, nitrogen hypoxia, instead of the default method of lethal injection.

The AG’s Office argued there is no record of that form being submitted, and that he should be executed using lethal injection instead.

But a federal judge on Monday stated “Miller has presented consistent, credible, and uncontroverted direct evidence that he submitted an election form in the manner he says was announced to him by the (Alabama Department of Corrections),” along with “circumstantial evidence” that the ADOC lost or misplaced his form after he turned it in.

Attorneys for Miller argued to the Supreme Court Thursday that the lower court’s ruling preventing the lethal injection execution should be upheld.

“After carefully reviewing hundreds of pages of evidence, weighing live in-court testimony, and sifting through nearly half-a-dozen deposition transcripts, the district court found as a matter of fact that Miller likely elected execution by nitrogen hypoxia in the time provided by Alabama law,” the brief from Miller’s legal team said. “The district court entered a preliminary injunction preventing the State from executing Mr. Miller by any method other than nitrogen hypoxia, which is precisely what the State has agreed it must do for every other inmate who timely elected nitrogen hypoxia.”

The attorneys argued there was no reason for Miller to be executed Thursday, even though the state asked the nation’s high court for an order “on an emergency basis.”

Miller’s attorneys wrote in the filing, “What is the emergency? The State of Alabama wants to proceed with the execution of Alan Miller by lethal injection tonight. Mr. Miller is not going anywhere, and neither is the Alabama Department of Corrections. The State is manufacturing an emergency need to execute Mr. Miller despite the fact that the State can execute Mr. Miller once it finalizes its nitrogen hypoxia execution protocol.”

No state in the nation has used nitrogen hypoxia for an execution, although several states have laws allowing it. Alabama’s law allowing nitrogen hypoxia executions was passed in 2018, and the law allowed inmates currently sitting on death row to opt-in to dying by the newly approved method.

The nitrogen hypoxia execution process will center around a prisoner inhaling nitrogen, without any source of oxygen, causing death by asphyxiation. Inhalation of only one or two breaths of pure nitrogen will cause sudden loss of consciousness and, if no oxygen is provided, death.

Alabama is currently not ready to carry out such an execution, Hamm said in an affidavit. The admission comes days after Deputy Alabama Attorney General James Houts said that it was “very likely” the state could execute Miller on Sept. 22 using nitrogen hypoxia if the court deemed the change of method necessary.

“Because nitrogen hypoxia is not currently available as a method of execution in Alabama, the injunction is an effective commutation of Miller’s death sentence. Earlier today, the Eleventh Circuit (in a 2-1 decision) declined to stay the district court’s injunction. This Court should vacate it.”

The AG’s Office continued in its Supreme Court brief, adding Miller should have filed his lawsuit sooner: “But even assuming Miller’s novel right to better recordkeeping were constitutionally cognizable, Miller’s procedural claim would still fail... Miller inexplicably declined to seek this state-law remedy despite having over two months to do so after the Alabama Supreme Court set his execution date.”

The state also asked for the high court to issue a ruling by 7:00 p.m. CST.

As the state and Miller’s attorneys argued their cases in court, prison officials continued to prepare for the execution.

The public information officer for the ADOC said that, on Wednesday, Miller was visited by his brother Richard Miller along with his sister Cheryl Ellison, Jeffery Carr, and Sandra Carr. He had a phone call with an attorney, Kelly Huggins.

Those listed to witness the execution were Richard Miller, Cheryl Ellison, Jeffery Carr, Sandra Carr, and Mara Klebaner. Also listed as a witness was Elizabeth Bruenig, The Atlantic journalist who reported that some doctors were calling the July 28 execution of Joe Nathan James “botched.”

According to the ADOC, Miller had access during the last 24 hours to a television, a telephone, his mail, and a Bible or its equivalent.

Read more: Alabama not ready to use nitrogen hypoxia for Sept. 22 execution

Court records filed by an appeal team for Miller in 2006 talked about his “unstable” upbringing and the “extreme physical and psychological abuse” he suffered from his father. Those records also note a “well-documented history of family mental illness.”

Records show Miller’s father “did not like his son at all,” according to Miller’s mother. “After (Miller) was born, his father frequently called him ‘the devil’ or ‘a demon,’” the appeal stated. “He ‘deliberately tried to instill terror in the Miller children.’”

Miller moved around until he was 18, according to court records, because of his “reckless, violent and unpredictable father.” His father was a truck driver and would frequently quit his job or get fired and uproot his family. Miller’s father also served prison time for armed robbery, burglary, and various drug offenses.

Court records refer to Miller’s father as a “self-proclaimed healer,” who would sometimes stop working because he felt called by God to preach instead.

“The constant moves made it impossible for (Miller) and his siblings to make friends growing up,” a document filed by appeal lawyers for Miller said. “Because (Miller) was constantly the ‘new kid,’ he readily became the object of teasing by other children, which made him particularly sensitive to perceived teasing and ridicule in his adult life as well. Due to the uncertainty that marred his developmental years, ‘keeping to himself’ became a way of life for (Miller).”

Appeal records state Miller’s father belittled him, called him names, and wouldn’t let him participate in sports or activities. He also physically beat Miller, resulting in multiple concussions and other injuries, and stabbed him with a knife. Miller’s father also, according to the records, would often wave a pistol and threaten to kill his family. This abuse happened to all the Miller children and Miller’s mother, but was often worse with Miller himself.

The Millers lived with rats and cockroaches roaming their beds “in constant poverty,” the record stated, and were never accepted by any community they moved into because of the father’s behavior.

Court records show that, once he was an adult, Miller and his brother were the sole financial providers for their mother and family.

Miller did not testify at his trial, but took the stand during an evidentiary hearing in his current lawsuit, testifying how he strongly disliked needles and adding that people within the ADOC have often had problems with drawing his blood.

His attorneys wrote in their Supreme Court filing, “Mr. Miller will be executed, and there is every reason to believe he will be executed soon. All he asks is that the State respect the choice the legislature gave him: to die by nitrogen hypoxia instead of lethal injection.”

Miller shared that sentiment in a deposition. “You know, it’s my life. And I know I didn’t want to be stabbed with needles and everything like that,” he said. “I thought it would be simpler. I wouldn’t be stabbed like that or have allergic reactions to the chemicals that they said was in the lethal injection.”

“I don’t want to die. I just want to be treated fairly.” 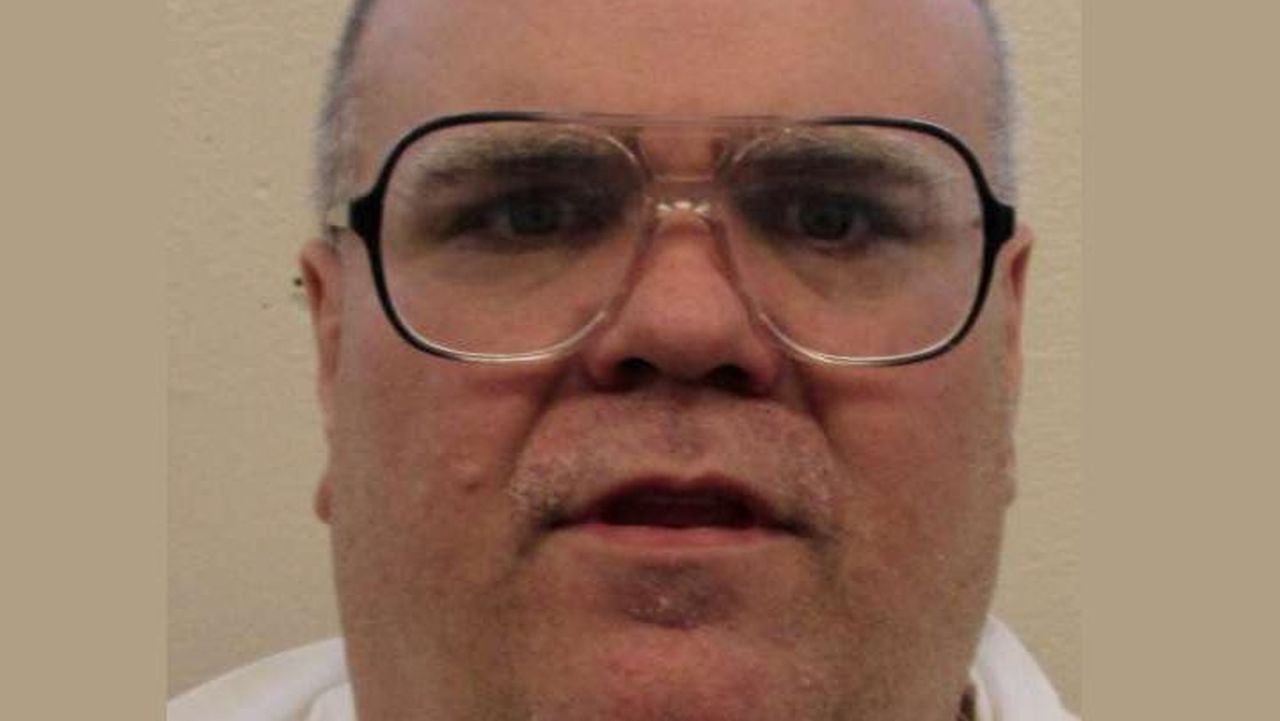 Alan C. Miller is the founder and CEO of the News Literacy Project.

1. Alabama execution called off due to expiration of death sentence

2. Alabama execution called off as death warrant expires after 'issues

4. Project Hope to Abolish the Death Penalty in Alabama - Facebook

5. US Supreme Court says Alabama can carry out execution - WSFA